Why K. Hovnanian Homes is Right for You 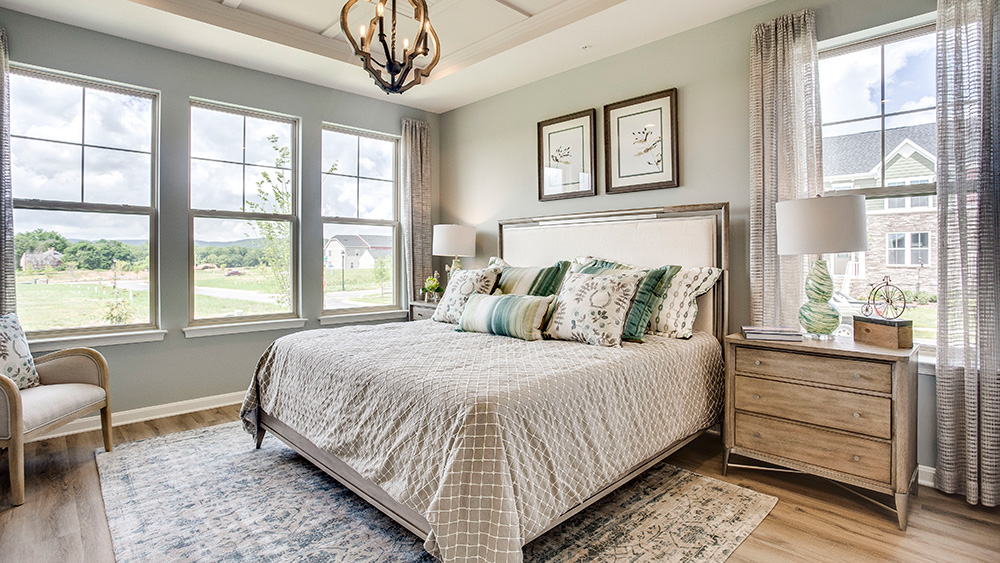 If you’re searching for new home builders that can design and construct elegant and lavish villas, look no further than K. Hovnanian Homes.

K. Hovnanian’s reputation for homebuilding quality and our commitment to customer satisfaction makes our new construction homes the perfect place for families of all sizes to live.

We’re a company devoted to building communities of excellence, and our award-winning standards help us achieve this goal.

So if you’re still asking yourself why you should choose K. Hovnanian Homes as your new home builders, let us make it easy for you.

Our history and heritage at K. Hovnanian are truly special. It all began when Kevork S. Hovnanian immigrated to the United States from Iraq in 1959. He was a brilliant man who started a homebuilding company with his three brothers out of a trailer in Toms River, New Jersey.

By 1969, Kevork split amicably from his partnership with his brothers and founded Hovnanian Enterprises, Inc. In 1978, Hovnanian Enterprises, Inc. opened its original corporate headquarters in Red Bank, New Jersey. The following year, Kevork’s son, Ara K. Hovnanian, joined the management team. It wasn’t long after that — 1983 to be exact — when the company went public and was listed on the American Stock Exchange. Three years later, it acquired New Fortis Corporation of North Carolina.

In 1988, Ara kept the family tradition alive and became the president of Hovnanian Enterprises, Inc. One of his first initiatives as president was to build housing for Armenian earthquake relief in 1989.

The 90s were a good decade for K. Hovnanian Homes. The company’s Society Hill opened in Newark, New Jersey, as a model for urban renewal in 1990, and two years later K. Hovnanian entered the active lifestyle market with its Four Seasons in Lakewood, New Jersey. By 1994, the company had opened its California division, and in 1996 Kevork Hovnanian was the recipient of the first ever NJIT President’s Medal awarded for excellence. In 1997, the company’s first website launched, and in that same year, K. Hovnanian received the prestigious National Housing Quality Award. The next year, K. Hovnanian Homes acquired P.C. Homes in Virginia, which strengthened its presence in the Washington, D.C., metro area. A year later, the acquisition of Matzel & Mumford followed and K. Hovnanian entered the Texas Market with the acquisition of Dallas-based Goodman Family of Builders.

The 2000s were also an exciting time for K. Hovnanian. The first year of the new millennium marked the acquisition of Washington Homes, and inception into the New York Stock Exchange. In 2002, K. Hovnanian expanded its influence on the Texas and California markets by acquiring Parkside Homes and Brighton Homes in Houston as well as Forecast Homes in California. K. Hovnanian continued to expand throughout the decade, and was named to Fortune’s list of 100 Fastest-Growing Companies for three straight years during that time. In 2006, Hovnanian Enterprises, Inc. opened its new corporate headquarters in Red Bank, New Jersey.

Most recently, K. Hovnanian launched a stunning new version of its website in 2015 — khov.com — and this year K. Hovnanian Homes celebrates our 60th anniversary.

Hovnanian came to a new land with a dream in mind: not just to build a home for his family, but also for all families seeking a better life. We were all deeply saddened when he passed away in 2009, but his dream and vision inspire us every day and helps us stay focused on our goals. It is what has helped us succeed for more than 60 years as a company that builds homes and communities for each and every family that puts its trust in us.

Now in our second generation of family leadership, K. Hovnanian Homes continues to build new construction homes that have helped us become “The First Name in Lasting Value.”

One of K. Hovnanian’s greatest qualities is its financial strength, which sets us apart from other new home builders.

We understand that you want the company building your home to be the same company that is able to build a stable business. Hovnanian Enterprises, Inc. has seen its stock continuously grow on the New York Stock Exchange since it began trading in 2001. In fact, we rank among the top 10 homebuilding companies in the U.S.

This financial strength gives the owners of our new construction homes the peace of mind that a reliable and trustworthy company is behind them.

The villas by K. Hovnanian Homes at Brunswick Crossing are the perfect blend of style and convenience. With 3-5 bedrooms, 2+ baths, 2,200+ square feet, and a two-car garage, you’ll absolutely love The Westminster model. Learn more about this model by clicking the button below.